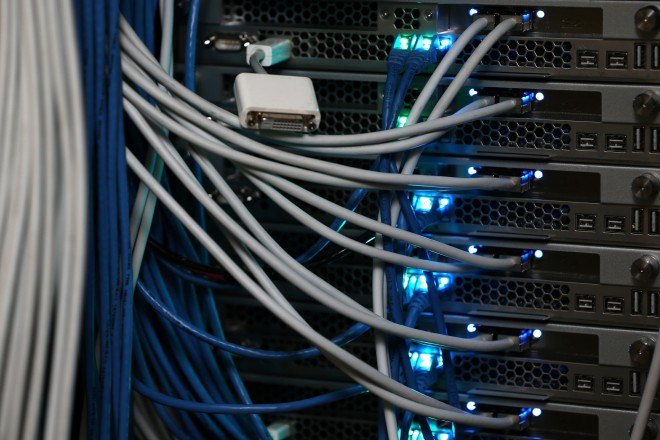 How do you scale your IT infrastructure to three times its capacity while your budget stays about the same? This was the question the IT team at St. Joseph Health has been faced with as the 16-facility hospital system with $5 billion in annual revenue is going through a merger with Providence Health and Services, which was announced last year.

Their answer is a complete transformation of the healthcare system’s IT infrastructure that is a case study in transitioning legacy IT to the latest and greatest in what the market has to offer. The strategy includes all flavors of cloud – public and private, IaaS, PaaS, and SaaS – converged infrastructure, network virtualization, and DevOps-style IT automation.

“We’re changing the very nature of what our data centers look like,” Rice said. “And we are pushing more and more to the cloud.”

Their goal is to maintain a distributed infrastructure but be able to manage and scale it centrally. St. Joseph’s hospitals are in California, Texas, and New Mexico, but the addition of Providence expands the footprint to Oregon, Washington, Montana, and Alaska.

They plan to implement the transition over the course of about two years.

Today, the team is maintaining the legacy environment, while adding some Software-as-a-Service cloud applications, such as Salesforce, Office 365, and Workday.

The stage that’s taking place this year is implementing a centralized private cloud as well as regional cloud infrastructure where the hospitals are located. The centralized cloud is built on Vblock systems, Cisco’s converged infrastructure, and hosted at one of the Switch SuperNAP data centers in Las Vegas, which has been St. Joseph’s primary data center for some time now.

They also standardized the non-converged server configurations in their data centers, going from 18 to three.

The regional cloud is built on top of hyperconverged infrastructure appliances by Nutanix, which integrate compute and storage and run advanced storage management software. The Nutanix boxes have enabled substantial reduction of the physical data center footprint in those regional locations, enabling it to shrink from entire rows of IT to a few rack-unit spaces in each of them, Rice said.

The next phase of the transition, planned for next year, will be adding public cloud infrastructure services, such as Amazon Web Services, Microsoft Azure, and VMware’s vCloud Air, to take advantage of on-demand capacity.

While these are all huge technological changes, Rice has not had to make the case for the technology itself or its security to all the hospital CEOs and CFOs in the organization. What he did have to do was illustrate the cost reductions that the transition made possible.

The infrastructure is already more scalable and fluid – if latency allows, the team can, for example, decide to host an application in Texas, where data center costs are much lower, than in Las Vegas – and it takes a much smaller team to manage that infrastructure.

But the transition is not only technological. It is an operational, organizational, and technological change, which has been one of the hardest parts of this project. Rice had to convince top management at the hospitals, for example, to stop working with technology vendors (providers of healthcare-specific systems) whose products did not support the new IT model.

This was difficult, but once the discussion turned to cost, he was able to illustrate that if they wanted to continue using those vendors, they would have to pay extra. “I gave a pretty convincing total cost of ownership picture,” he said.